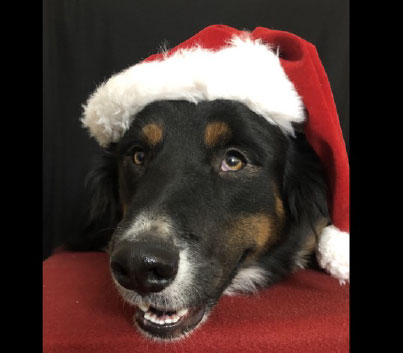 Verde Valley Humane Society pulled Bart from the county shelter with a badly broken pelvis. While on the streets as a stray, Bart was hit by a car that ran over his hind quarters, leaving him unable to move his back legs. He spent three months in a foster home on strict cage rest as a first step in his recovery and he slowly began to heal. After weeks of physical therapy, Bart was finally able to put weight on his back legs, but radiographs revealed that he needed FHO surgery on both hips to restore full mobility and allow pain-free movement in the hip. With assistance from Two Pups Wellness Fund, Bart had his first surgery and is healing well. Next he will have an operation on his second leg, and after rehab he will be ready for adoption. Bart is only three years old, handsome and lovable. For Bart, these two surgeries give him the chance to live a happy, pain-free life.