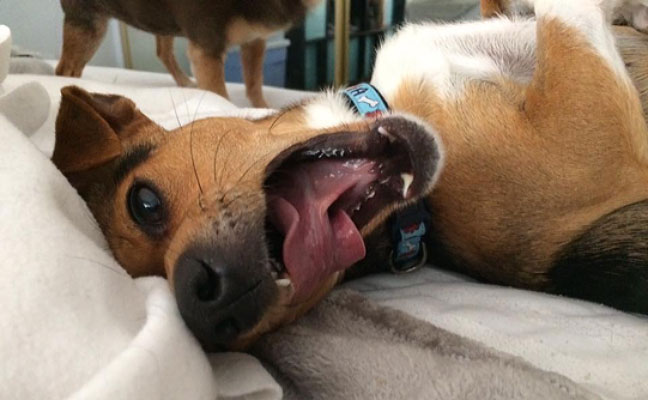 Jack is a beagle who had apparently been hit by a car in early April when he was brought into the shelter, he was scared and in extreme pain. As you can see from his x-ray, both his femurs were broken. Pretty horrific injuries! With Two Pups help, he had surgery and had pins put in his legs. A volunteer took him home to foster.  Two months later, he was healing beautifully and full of life. He has been adopted and is now walking and running like a normal dog.