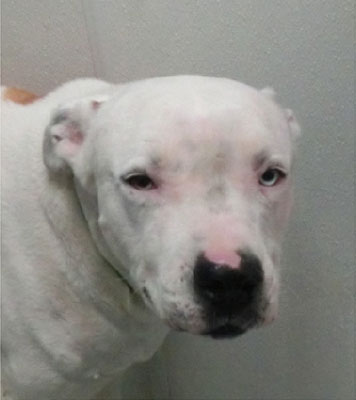 Jankey was surrendered and living in the shelter. One of the volunteers noticed how depressed and lethargic he was behaving. Out of concern she contacted Two Pups. With our funding she took Jankey to the clinic where he received extended medical testing. The Complete Pet Hospital agreed to take his case and treated him for a severe URI by the wonderful Dr Buczek (the day before he was to be euthanized) Jankey recovered well and became the dog he was meant to be.  Jankey was loved by many volunteers and staff because he is so friendly and likes to rub up against your leg until you give him pets. While at the shelter, he participated in Gentle and Dainty playgroups and was considered to be social with other dogs of his size.

By the way…… After a week of treatment, he was much better and came back to the shelter and was adopted that same day. He now has two fur siblings and is named Boone.