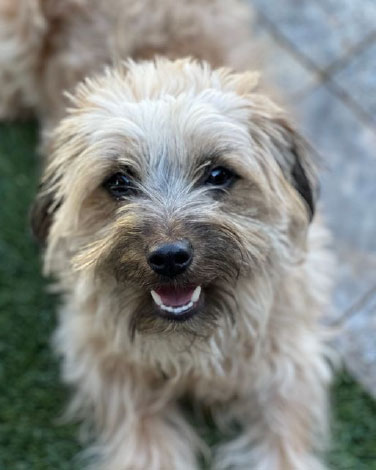 Two-year-old Quinn was found on the street by a stranger that relinquished her to the county shelter, where Quinn sat on a 3-day hold for his owner to find him. He refused to let anyone touch him and would growl and show his teeth when anyone tried. A week later it was noted that Quinn had a limp on his left rear leg. The county vet recommended amputation. Love For Dogs rescued him and sent Two Pups a plea for medical assistance. Quinn was seen by an outside vet who discovered a broken femur. Since the break had already partially healed, the vet recommended letting it continue to do so. He had weeks of being crate bound to heal, and we are hopeful for his full recovery.